Effective IMMEDIATELY, our Hours of Operations are: Monday to Friday 8:00 A.M - 5:00 P.M for
SCHEDULE APPOINTMENTS ONLY. Closed Saturday and Sunday until further notice.

A Latina’s Journey from Dominican Republic to Immigrant to CEO

You are here:
Blog 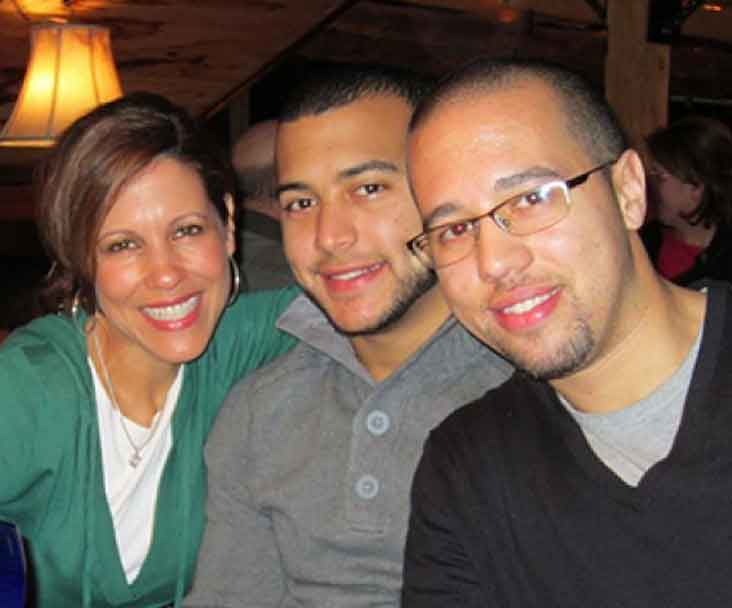 I was born in the Dominican Republic in a very small town called Licey, Santiago.

We are 5 children, four boys and me the only girl. At the age of six, my mother decided to separate from my father. This was after 20 years of marriage to a husband that mistreated her and couldn’t support his family due to his alcoholism.

My mother came to the realization that if she didn’t sieze an opportunity to come to the US, it was going to be very difficult for her to raise and financially support her family.

We were all split up in different homes

We were all split up in different homes since we could not afford to live together. I have to say, one of the hardest day of our lives was when we had to say goodbye to each other. The fear of the unknown was overwhelming… our hearts filled with sorrow.

It wasn’t until three years later that I saw my mother again during a tragic event that happened to me.

My mother came back to DR to spend time with me and my brothers for a short while. I remember feeling whole again even if it was brief. This time when she left, I had hope that our situation would change for the best. Upon her return to the US, she initiated the process for all of us to obtain our residencies so we would all be together again as a family.

When I was fifteen years old when we were able to become a family again.

My dream had always been to come to the US, learn English, attend high school, and later college to become a doctor. All this changed when at the age of seventeen when I got married, and by the age of 20 I had my first child, Franco.

Franco went on to attend Tuft’s University and now at age 31, an extremely successful business owner.  Four years later I had my second child, Jeffrey, who attended the University of Michigan and now works as a business consultant for one of the top consulting firms in the United States. See both of my sons and myself in the photo above.

Even though I got married at seventeen, I still made sure to graduate high school. Upon graduating, I found a job as a Medical Assistant since I needed to work and be able to afford college and raise my children at the same time. I became a single mom after my ten year marriage ended.

I was extremely motivated to create a better life for me and my children.  I graduated from Westchester Community College and went on to Pace University.

I married again and have a beautiful daughter Natasha who has brought tremendous joy to my life. My new edition a year ago was my precious granddaughter Sienna.

You could say that I have always been inspired by my mom’s valiant effort to help secure a brighter future for others. Additionally, I have benefited tremendously in my life by the kind hearts of others. One tremendous woman that I must highlight is my loyal best friend Gloria of 27 years, who selflessly took care of my family during those long hours I spent building a successful career.

She continues to devote her love as she helps take care of my beautiful eight year old daughter and my 1 year old granddaughter, each of them just beginning their bright paths towards an incredible future.

In 1989 I joined Scarsdale Medical Group, a multi-specialty physician practice as a Medical Assistant.

I was appointed the Leader of the Management Team in 1992, and then became Executive Director in 2008.

Since then, I transformed the practice from a six-physician single-site entity with thirty-five employees to a configuration of more than 45 physicians with four sites, over two hundred employees, and medical and office space that expanded from 10,000 sf to over 70,000 sf.

For years, I had been feeling the need to help my fellow Hispanic community after spending 26 years serving the affluent population at Scarsdale Medical Group.

I joined Formé Medical Center and Urgent Care as their CEO and partner in September of 2015, where I was blessed to find my partner, Gina Cappelli, someone who shared the same vision of helping the underserved and uninsured community.

I knew that with all of the knowledge I had gained throughout my time in the medical field that I could help transform the quality of care for a much neglected population.

We have opened our doors for this community to get access to affordable, dignified, high quality health care in a state-of-the-art facility.

This will be my legacy.

How to take care of your mental health during the crisis?
July 9, 2020

5 Things you should know about Dexamethasone
July 8, 2020
Recent Posts
Categories
Go to Top
×