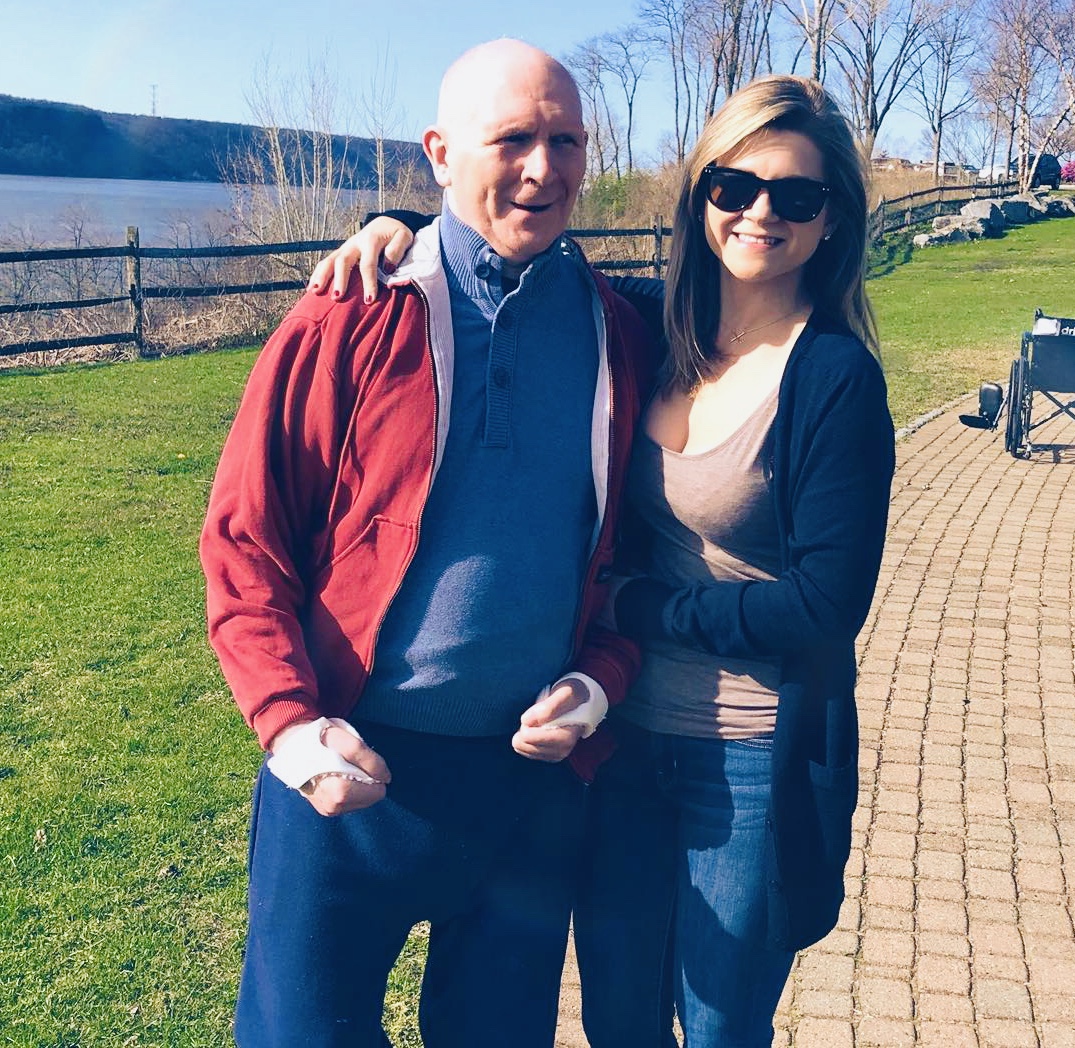 ALZHEIMER’S: NOT JUST A MEMORY THING

“We will run additional tests to confirm but it seems that your father has Early Onset Alzheimer’s” he said. I was at NYU’s Langone Center, sitting with my dad’s neurologist when I first heard these words. At the time, my father was 56. I was 24. I barely knew how to spell the name of the disease, let alone what to expect. Eight years later I am in the position to share my story and bring attention to the sobering fact that millennials are not as far removed from dementia as commonly thought.

Since my dad’s diagnosis I’ve had to say countless times that “Alzheimer’s is not just a memory disease.” There were a multitude of personality changes that I was not prepared for when my father was in the early stages. His vocabulary changed. He could no longer manage finances or organize personal documents. His logical thinking was severely hindered — I witnessed him cross the street when cars were flying towards him. He was more confused and reticent when it came to expressing himself. He was no longer the man I had known my entire life.

I reached out to the Alzheimer’s Association very early on after my father’s diagnosis was confirmed. The person I spoke to referred me to a support group for caregivers under 30. I couldn’t believe that there were other people my age who were dealing with this, but there were.

Having this disease in your life when you are in the process of beginning your own life is uniquely distressing. The people in my support group were NOT just like me. Some were fresh out of law school, some were accountants, some were engaged, some had just moved to the city and were hundreds of miles from home. But there were also countless parallels to our stages in life: recent graduates, young professionals who were trying to define a career path for themselves, individuals who were preparing to leave the nest, people who were in serious relationships and figuring out next steps. We were in the beginning stages of some very exciting things on the horizon. But we all had Alzheimer’s or dementia in our life that was slowing our momentum.

Some millennials may think that Alzheimer’s is an “old people” disease, or reduce it to being a “memory disease”. Certainly, there is truth in age being the biggest risk factor but it is not the only risk factor to Alzheimer’s. Aside from this general misrepresentation, there is still somewhat of a stigma associated with Alzheimer’s and dementia because we currently have no cure for it and no truly effective treatment avenues. There are drugs available that address the symptoms of the disease, but do not slow the progression of it. Naturally there is fear around this disease because we don’t fully understand the cause of it yet.

COMMUNITY EDUCATION AND THEN SOME

The major components of my role at the Alzheimer’s Association are community outreach and community education. In my work, I speak from the heart because I want to see an end to this disease. Additionally, I am an adviser for the Young Professionals Alzheimer’s Council (YPAC) which is an auxiliary board of the Alzheimer’s Association’s Hudson Valley Chapter. The group consists of millennials committed to creating a world without Alzheimer’s. Our events throughout the year will seek to engage our communities in and around the lower Hudson Valley in the fight against Alzheimer’s. This group is intended for those with a personal connection to the disease, as well as those who do not have a connection but would like to learn more and contribute in the fight against it. And on top of that, it can also serve as a support system for those who may have family members affected by the disease.

Simply put, the intent behind YPAC is greater millennial involvement in the cause. Via programs such as TrialMatch and fundraising opportunities through Walk to End Alzheimer’s and The Longest Day, our generation can be part of finding a cure. We want to galvanize young professionals to promote engagement. With aging Baby Boomers and a longer life expectancy, there is more of a chance that the younger population will be dealing with Alzheimer’s disease in their home.

I can say without hesitation that Alzheimer’s affects young professionals differently, and I can only hope that those who get involved are as excited as I am for the endless possibilities and impact we can have on the cause.

How to Overcome a Broken Heart

Learn the most effective methods to prevent the flu and stay healthy.

The month of the fight against breast cancer: 5 healthy habits that can help prevent the disease